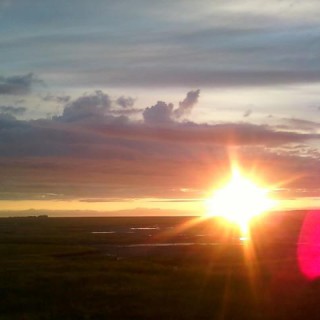 As we continue on in this world rife with conflicts and military “actions” (fka “wars”), a thinking person must consider the question: “What would I do in situation X?” A more aware person asks, “What will I do?”

We all want to believe that we hold deep within ourselves the potential for heroism. Faced with an unfathomable evil, a Hero will bravely stand his ground, roaring a challenge of Truth and Righteousness. A brief battle ensues, the Righteous Person’s strength flags…still he presses on… he falls back… it looks as though hope is lost..he rallies… he rises up in a sudden burst of Knowledge, Righteousness, and Truth, and the Hero overcomes the Evil, defeating it forever – or at least until the sequel comes out. His (our) superior character is victorious – and he gets the girl, exiting the scene tired, smiling, and content that all is good again. Hollywood has the formula down pat.

The media’s formula is similar, albeit slightly different. Each time an evil is vanquished, another rises up to take its place. When was the last world news cast that did not devote a significant amount of time to denouncing a particularly “evil” nation? The target is always moving. Mexico, Cuba, Nicaragua, Russia, Iraq, Afghanistan, Israel, Viet Nam, Korea… Of the currently 195 independent nations in the world, the U.S. has openly participated in conflicts against at least one-fourth of them. This does not include covert operations, or wars fought within its own borders.

To put this in perspective, consider the amount of attention bullying in schools is garnering. The National Center for Educational Statistics (https://nces.ed.gov) states that 27.8% of school students reported being bullied at school in 2011 (the most recent year for which data is available). This has resulted in a nation-wide push for bullying prevention strategies, interventions, and curricula to be instituted in public schools. Effects of bullying can include “depression and anxiety, increased feelings of sadness and loneliness….loss of activities they used to enjoy…Health complaints…Decreased academic achievement” (www.stopbullying.gov). Further, “A very small number of bullied children might retaliate through extremely violent measures.”

According to stopbullying.gov, “Bullying is unwanted, aggressive behavior among school aged children that involves a real or perceived power imbalance. The behavior is repeated, or has the potential to be repeated, over time.”

Let’s apply that definition to a wider population: “Bullying is unwanted, aggressive behavior among nations that involves a real or perceived power imbalance. The behavior is repeated, or has the potential to be repeated, over time.”

If history over the last century or two is examined, it becomes apparent which nation has held the greatest amount of real and perceived power, both monetary (such as holding the recognized world reserve currency) and military (maintaining the largest military, the most [and most destructive] weapons, and the greatest number of military bases worldwide). That nation has repeatedly inserted itself into the politics, economics, and policies of nations worldwide, often calling for sanctions (punishments) for those nations who do not comply with its will. This has happened with approximately 25% of the world – statistically similar to the percentage of bullied children that has so galvanized the American educational system to action. As a result, the world perception of the U.S. is not a positive one, despite the American media’s declarations to the contrary.

Unfortunately for the average citizen bystander, the same holds true for nation victims of bullying as for child victims of bullying: A small number might (read: will) retaliate through extremely violent measures. When a nation decides that enough is enough, the results could be more catastrophic than most realize.

When that happens, and the realities of war are on our doorsteps, it would be wise to remember the words of Viktor Frankl, psychiatrist and Holocaust survivor:

“Forces beyond your control can take away everything you possess except one thing, your freedom to choose how you will respond to the situation.”

Any moment can be one in which we practice the building blocks of heroism. Every day can be one in which we choose peace. Peaceful interaction is not always easy; it requires effort and practice to become habit. As Paul writes, “Therefore, since we have been justified through faith, we have peace with God through our Lord Jesus Christ, through whom we have gained access by faith into this grace in which we now stand. And we boast in the hope of the glory of God. Not only so, but we also glory in our sufferings, because we know that suffering produces perseverance; perseverance, character; and character, hope.” (Romans 5:1-4)

The choice is ours, in every situation – how will we respond? Will we practice perseverance, practice peace, and build character into our lives? Or will we be overcome by every plight because we have neglected intentional resolve and forbearance in our lives?

Circumstances don’t make the man; they reveal his character.